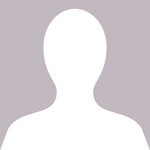 I started to play music in 1990, learning guitar and makin a group rock-blues named Mouthriver, we played songs of hendrix, rolling stones, the doors, Joplin, classics blues, soul and rock and rol.this happened for several years, doing gigs in some event in pisa and around the city, concerts in tirrenia, center of pisa, giardino scotto, pappiana, department of mathematics, la sapienza, festa dell unita' di pisa and others.at first we play covers, then i tried to make some music of mine. after quit with mouthriver i played with another group, makin' only rehearsals in pisa. After all, i stopped to play for some year and made some video alone.i turned back in 2013 with sessions in the red room recording studio in nodica-pisa and record some of my tracks. In 2014 i did a contest of rockaforte with live esibition of my pieces. And from 2014 until today i made a lot of sessions in the jams of pubs and places in route 66 in asciano, borderline in pisa and some gig at Leighorn, doin' mostly doors songs, and classics of rock music. In 2016 i did a concert with a new group composed in Cnr in occasion of "Bright , the night of researchers", and i did this again in september 2018 with the same band. I usually compose something and continue to make the singer, but i really would like to improve my career.thanks.paul mender